An American court has decided that it was legal for a dentist to sack his assistant because he found her “irresistibly attractive”.

Melissa Nelson had worked as a dental assistant for Dr Knight for over a decade.  There was no question that she was good at her job.  However, Dr Knight’s wife became concerned that they were flirting and exchanging inappropriate texts.

Under pressure from his wife, Dr Knight sacked Melissa on the basis that she was too much of a temptation to him and therefore a threat to his marriage.

Could an employer get away with this in the UK?

If a UK employer simply dismissed someone because they found them irresistibly attractive, this would certainly be an unfair dismissal. It would also be sexual discrimination.

However, strictly speaking, that is not why the dentist dismissed his assistant. He dismissed her because of pressure from his wife.  It’s an important distinction.

If you’re a regular reader of this blog, you’ll know that you can only dismiss someone if you have a fair reason.  There are only 6 potentially fair reasons.

The 6th potentially fair reason is “some other substantial reason”. This can include personality clashes.  It also includes pressure from a 3rd party, usually a disgruntled client.

Could it include pressure from an employer’s wife?  This wouldn’t be a case I’d want to fight but it may be just about arguable.

Anything to learn from this?

If you do need to dismiss someone, you’re better off relying on one of the more traditional reasons!

Why not download the eBook below to find out more . . . 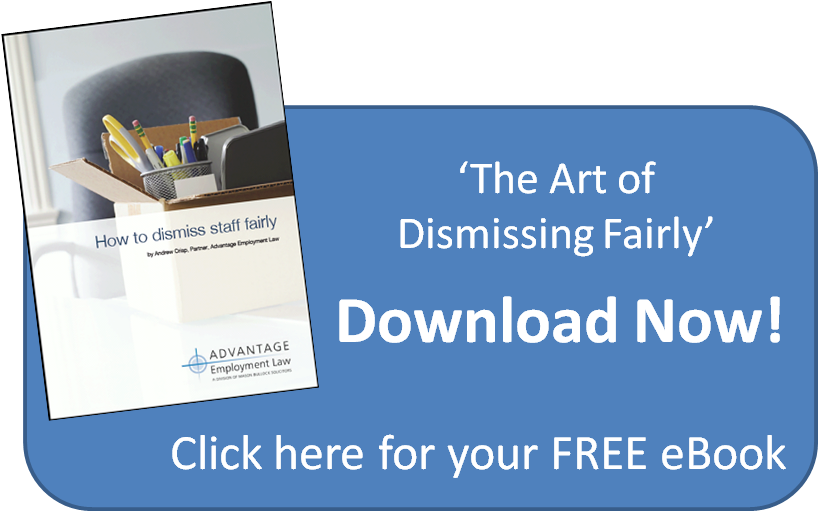 Previous Entry: Can your staff refuse to work on Sundays for religious reasons?
Next Entry: Love is in the Air! How to Respond to an Office Romance
Trustpilot