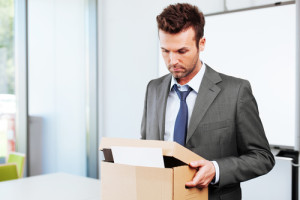 “What date did you start your employment?”

That’s one of the first questions I ask any employee who’s been offered a settlement agreement.

What difference does it make to the settlement agreement?

This means that it’s relatively safe for your employer to sack you if you have not yet been employed for the qualifying period, even if they don’t have a fair reason for dismissing you. There is not much incentive for them to pay you compensation in a settlement agreement.

Are there any exceptions?

There are a few exceptions to the two year rule.

Certain types of dismissal are automatically unfair, which means that you can claim unfair dismissal, even if you’ve been employed for under two years.

For example, you don’t need a minimum qualifying period to claim compensation if the dismissal was for one of the following reasons:

You can see a full list of ‘automatically unfair’ dismissals in the Employment Rights Act 1996.

If any of those apply in your case, you should let your employer know. You may have a claim against your employer. It may be in both parties’ best interests to agree a settlement agreement.

Are there other claims you could bring, even if you’ve been employed under 2 years?

Although your employer doesn’t need to show a fair reason to dismiss you if you’ve been employed for under 2 years, they’re not allowed to discriminate against you.

For example, if your employer were to dismiss you because of your racial background, that would be automatically unfair. You could claim compensation, irrespective of how long you were employed.

There are however some less obvious ways that your employer could unintentionally discriminate against you.

For example, they may decide to sack you because of your sickness record.  If you have been employed for less than 2 years, you can’t claim unfair dismissal. However, you may be able to show that the reason you had so much time off sick was that you have a disability and that, by sacking you, the have discriminated against you on the grounds of that disability. This would potentially be disability discrimination.

This would be a discrimination claim, rather than an unfair dismissal claim. You would be entitled to claim damages for lost earnings and injury to feelings.

If you believe that you’re the victim of discrimination, you may want to raise a grievance. In turn, this may help you to get a settlement agreement. The amount you should accept as a settlement package depends on a number of factors but you you should consider calculations including your lost earnings and injury to feelings. It’s usually better to agree a settlement agreement, rather thank pursue an employment tribunal claim.

What about my contractual rights?

If your employer breaches your employment contract, you can claim compensation, even if you’ve been employed under two years.

However your compensation would be limited to your contractual entitlements. Typically, these are:

You wouldn’t be able to claim compensation for future lost earnings or injury to feelings.

Should you ask for a settlement agreement?

The purpose of a settlement agreement is for you to give up any claims against your employer. If you’ve been employed under two years, you probably don’t have a claim, unless one of the exceptions applies.

However, there may still be some incentive for your employer to offer you a settlement agreement.

Sometimes, employers prefer to be on the safe side.

It’s safer to ask an employee to sign away all their rights, usually in exchange for some kind of settlement payment, even if there’s no obvious prospect of the employer bringing a claim.

Although there’s no legal duty to do so, your employer may feel a moral responsibility to pay you something in a settlement agreement.

A desire to maintain a good relationship

Some employers genuinely don’t want to fall out with their staff, even if they have to let them go.

By offering a settlement agreement, which may include a financial payment as well as a favourable reference, they will be able to show good will and help the employee towards finding another job.

Negotiation is much more tricky if you’ve been employed under two years. Unless you can show that one of the exceptions applies to you, there isn’t much incentive for your employer to pay you more money.

Nevertheless, you may be able to negotiate on the basis of good will. This is likely to work if you can show factors such as:

These are all factors that an employment tribunal wouldn’t take into account. They may however have some leverage with a reasonable employer.

If you do want to negotiate, you will probably find it helpful to ask for a protected conversation with your employer.

For some helpful tips, read this article about negotiating a better settlement agreement.

If you have received an offer of a settlement agreement, you will need to make sure you receive legal advice on it.

Previous Entry: Can a Bailiff Still Take my Goods if I have Applied for the Default Judgment to be Set Aside?
Next Entry: ACAS Early Conciliation – Good News for Employers and Employees
Trustpilot