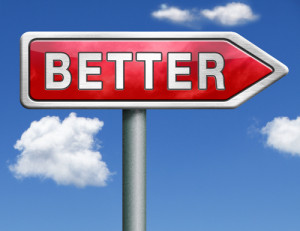 If you’ve fallen out with your employer, you may be thinking about claiming some kind of compensation through an employment tribunal. However, have you thought about whether you’d be better off with a settlement agreement?

As an employee, you ought to consider the potential benefits of settling your dispute early and the significant risks involved in pursuing a tribunal claim. In many cases, a settlement agreement is the best option, even if you’ve got a good case.

Although pursuing legal proceedings has the potential to lead to a significant award in your favour, there is also the risk that you could lose and end up with nothing. The outcome of a tribunal claim is often difficult to forecast and will depend on a number of factors, including unpredictable factors such as how witnesses come across on the day and even the mood of the judge!

By signing a settlement agreement, you have the certainty of knowing how much money you’re getting and when. It may not beat the best result you could have achieved at a tribunal but are you willing to take that risk?

2. The value of your tribunal claim may be greatly reduced if you find a job

If you’re claiming compensation for lost earnings, you’re only entitled to be compensated for your actual financial losses. This means that if you find a job very soon, your compensation will be much lower than if you’re out of work a long time.

With a settlement agreement, you can agree a compensation figure based on how long you’re likely to be without a job. If you find a job sooner, it’s a bonus! No need to pay back the compensation!

Pursuing an employment tribunal claim against a former employer can cause a lot of anxiety. You will need to give witness evidence about events you may have preferred to forget about. Your credibility will come under attack from your former employer’s legal team. You may have to make difficult decisions about whether to involve former colleagues.

Usually a settlement agreement is quick and easy. Often you can conclude it without having to leave your home! You have the peace of mind of agreeing an outcome, rather than the stress of resolving a dispute. Often, you can manage to retain some good will with your employer and former colleagues too.

A tribunal claim is not a fast process. According to HM Courts and Tribunals Service, the average time between starting a claim and receiving a decision is 27 weeks. Depending on the factors involved, it could be more than a year.

Meanwhile, a settlement can often be concluded within only a couple of days. That’s why many employees prefer that approach rather than having a tribunal claim hanging over them for months.

5. A settlement agreement may cost you nothing

When an employer and an employee agree to settle a dispute, the employer will often pay the legal costs of the employee. Some solicitors will agree to limit their costs to the amount of that contribution, which means that you won’t have to pay anything.

If you pursue a tribunal claim, you will need to pay a fee.  If you use a solicitor, this can often cost thousands of pounds. You can’t usually recover your legal costs in an employment tribunal, so the costs may well eat into any compensation you recover.

Even if you think you could recover more in compensation through a tribunal claim, you may find that, after payment of legal costs, the net amount is less than the amount you were offered in a settlement agreement.

6. A settlement agreement can include a reference

A tribunal does not have the power to order your employer to provide a reference.

However, when you negotiate a settlement agreement, you can ask your employer to include this as part of the deal.

A tribunal order is a public document. This means that anyone can find out about your case. Often, newspaper reporters turn up at tribunal hearings looking for a story. Would you be happy about your story appearing in the local (or even national) paper?

If you have received a settlement agreement, you will need to make sure you receive legal advice on it.

Previous Entry: 3 Blogs Every Employment Solicitor Should be Following
Next Entry: 3 Ways to Remove a CCJ from Your Credit Record
Trustpilot