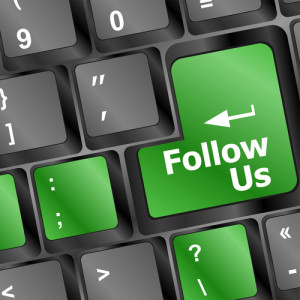 Some blog just to attract new business. Hence the plethora of law firms who jumped on the World Cup bandwagon and used it as a thinly veiled marketing opportunity to find tenuous links to employment law in completely unrelated stories (you’d never catch me doing anything like that!)

Other bloggers write about changes in the law and recent judgments. Not sure who these blogs are aimed at sometimes. Too trite for fellow employment lawyers who have plenty of other ways of staying up to date. Too detailed for prospective clients who, I’m told, aren’t actually that interested in the finer points of the law – they just want you to solve their problems (which would sometimes be much easier to do if they had known at least a bit of the law but that’s another story).

Sometimes, as an employment solicitor, you want more than hard law. You want to know what people in your industry think and feel about changes. You want a different angle from people who know their stuff (if only so that you can repeat their thoughts as your own when you’re interviewed on local radio!).

And let’s face it! You want a bit of humour thrown in too (no doubt that’s why my blog about lawyer jokes received far more clicks from Twitter than any other blog I’ve ever done!)

So here are three blogs that usually tick the right boxes by people who think outside of the box (if you’ve clicked on this blog to see if I’ve included you, well, sorry to all but three of you!).

A Range of Reasonable Responses

Darren Newman is a qualified barrister, as well as an employment law trainer, writer and consultant. So he’s well placed to write one of those turgid blogs I was talking about earlier.

However, his blog, a Range of Reasonable Responses, is anything but turgid. Its aim is to debunk myths about employment law, often printed in the newspapers. He unspins the spin, punctures the hype and questions some of the presumptions that influence politicians’ decision.

Well worth signing up to get a sane view of employment law.

In a similar vein to Darren Newman’s blog, Mrs Markleham rants about ‘discrimination law and anything else that incurs her wrath’. She describes herself as an ‘employment lawyer, discrimination lawyer, mildly peevish old woman’!

Although she doesn’t blog often (indeed she has only done one blog this year), when she does it’s invariably a worthwhile read. Her response to coverage of the Equality Act was particularly interesting and her site contains links to a large number of useful resources on the subject.

Not so much a blog. More an archive of email updates.

Someone recommended Daniel to me years ago. His emails contain a concise summary of developments in employment law. Each email usually deals with just one point. Very helpful for the busy employment solicitor. You can sign up to receive the emails here.

I’ve included my three favourites. Any that you’d recommend?

One thought on “3 Blogs Every Employment Solicitor Should be Following”

What Do You Think? Cancel reply

This site uses Akismet to reduce spam. Learn how your comment data is processed.

Previous Entry: Should You Apply to Set Aside Judgment or Just Pay It?
Next Entry: 7 Reasons Why a Settlement Agreement Beats an Employment Tribunal Claim
Trustpilot