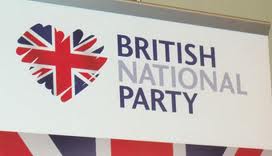 The BNP manifesto for the 2010 general election said that the European Convention of Human Rights was being “exploited to abuse Britain’s hospitality by the world’s scroungers.”

This did not stop a BNP counsellor appealing to the European Court of Human Rights (ECHR)  after he was dismissed because of his political affiliations. He claimed that he was subjected to less favourable treatment and that he should be compensated for the dismissal.

The ECHR found in his favour. The court said that UK laws were inadequate and should be broader to protect people from discrimination on the grounds of political beliefs.

The ruling is likely to lead to a change in the law. Political opinion will probably become the 10th protected characteristic.

What does this mean for you?

If you intend to dismiss someone who has been employed for under a year, you don’t usually need to show a fair reason.  However, you should still act with caution.

Consider whether there is scope for the employee to argue that he has been dismissed on the grounds of one of the protected characteristics, such as race, religion, sex etc

And in the light of the above case, you should also consider whether the employee may try to argue that the reason for their dismissal is connected with their political views. If it is, they may be entitled to compensation.

Previous Entry: How to Make Redundancies Without Paying Compensation
Next Entry: Can You Dismiss Someone for using Facebook Too Much at Work?
Trustpilot